My Code of Conduct Timeline/Testimony 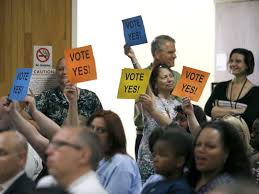 On Thursday, the Rochester City School District’s Board of Education unanimously passed a new code of conduct, a progressive step towards establishing a more positive culture in the entire school community and dismantling the school-to-prison pipeline. This came after nearly two years of battles within central office, the school buildings, and in the community task force (CTF) itself—a justice league type legion of activists, school officials, philanthropists, radicals, advocates, liberals, and lone voices in the wilderness—responsible for blowing the whistle on Rochester’s school to prison pipeline, organizing mass protests, writing the new code of conduct, and securing other school climate initiatives such as the anti-racism education.

Thursday’s unanimous passing was a hard earned victory. My contribution to the effort officially started in February. Here’s my timeline and testimony:

I got in a squabble with somebody along the way. He accused me of being foolish, naïve. I told him the God I serve delivers miracles. I wonder if that conversation played in his head when the vote came through. I hope so.

Oh, check out the video! https://drive.google.com/folderview?id=0B01hn65Di8j6dXdqQjNBdkNsakk&usp=sharing

And you can read the code of conduct here: www.rcsdk12.org/codeofconduct