Movement Art: Birth of a Nation

“Let’s talk about how do we reconcile our love for Christ with the religion used to justify the most horrific form of slavery this world has ever seen, and the continuous plunder of the continent that birthed us all, and genocide of a people that welcomed settlers in.”

Guiding Question:   When discussing painful and traumatic historical experiences in the classroom such as those invoked in Nate Parker’s ‘Birth of a Nation’, how do you balance the need to honor the past while building momentum for the future? Is slavery still a relevant topic in urban education? Is it important to discuss events like the Nat Turner rebellion when teaching black students?

I’ve been working on this blog for almost two weeks. I saw a prescreening of Birth of a Nation and wound up weeping outside of the theatre. Afterwards, I ran thoughts and feelings across my mind rather than let them gurgle from my gut because I was trying to satisfy my writing schedule.  Yet, my half-baked thoughts and feelings would not settle properly on paper. I teetered between flowery explanation of feeling and surgical dissection of thought that fell way short of my driving ambition to make my ancestors proud. 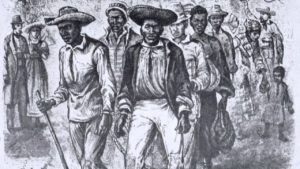 Nat Turner is an ancestor that has entranced me since I first learned about him at the University of Virginia. Virginia always made me run my tongue over my teeth. Like something there felt off to me. As an early teenager I moved to the Hampton Roads, 757, area with my mother. The stories of Black Head Post Road, monuments to Confederate generals, and markers of battle sites bristled my nerves before I fully understood what they meant. As a transfer student at Thomas Jefferson’s school, I loved the beauty and calm of the campus. I dug the honor code, and all of Jefferson’s fiery writings on liberty. The day I learned of Sally Hemings (the enslaved woman that Jefferson owned, fathered children with, and eventually emancipated) my eye caught the sign that was nearly buried in the brush I climbed over daily to get to my dorm. The sign marked a slave burial ground. When the construction team had begun the evacuation, they found the graves and the University decided to proceed anyway. The sign was their concession.

I started praying for those spirits every time I walked past there. I wished I could do more for them than pray. I settled for learning all that I could about the people who laid beneath my feet. I wanted to feel them as people, not as slaves. I took every course the African/African-American Studies department offered on slave rebellions. It did my spirit so good to know that my people didn’t just shuffle along and sing spirituals, waiting for the sweet by and by. We resisted.  We retained humanity in impossibly inhumane situations, we learned, we excelled, we defied.  I shared what I was learning at the Boys and Girls Club (S/o to Griot). Still, I felt restless. Toussaint L ’overture, Denmark Vesey, and Gabriel Prosser danced in my dreams. Nat Turner stood above them all. I moved back to Rochester and shared all that I knew about him with my students.

All of this came pouring out when my emotional dam broke outside of the theatre. I’ve been trying to find the words ever since, and finally figured out that I had to let the words find me. They finally did this morning, one word in particular—movement. 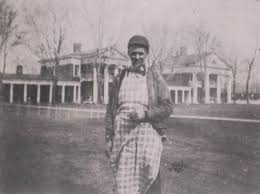 We are living the movement. We don’t have to trace our fingers over history’s words and sigh; wishing we had been there to see it, wondering what role we would have played, longing for a time where brothers and sisters linked arms and stood against oppression together.  We can look around and see that now. What got us here seems to have escalated pretty fast, but really matches the 50 year cycle of Black resistance movements in this country.

And like movements before, art is the heart beat, the baseline. Kendrick Lamar, Yaa Gyasi, Beyonce, Ava Duvernay, Solange, J. Cole are amongst throngs of other artists who are commandeering the mainstream to get the message of the movement out. That message is as varied as our approaches, but it can be encapsulated in the hashtag and indelible marker of our movement, “Black Lives Mater.” Nate Parker’s Birth of a Nation certainly trumpets that call.

When discussing Parker and Birth of a Nation, it’s easy to launch into critique mode. I’m normally here for all of that: Hearty discussions of being a Black woman and the conflicts between these two existences, cult of celebrity, patriarchal biases in justice, accurate historical representation in art, romanticism and gender fantasies, and all of the intellectual baggage Parker and the film are saddled with.  But this time, we don’t have time.

Birth of a Nation is movement art. Movement art? Yeah, art whose first priority is expressing messages of, from, and for the movement. With movement art, artistic nuances and subtleties as well as the character of the artist, have to get in where they fit in as the ultimate goal is to elevate a message that moves people—catalyzes them to act. Birth of a Nation did that for me and I believe it will do the same for millions of others. How many people are learning about Nat Turner for the first time because of this film? How does this film contribute to Nat Turner’s legacy and better yet to his rebellion? How can Black teachers and Black students connect and contribute to this momentum? 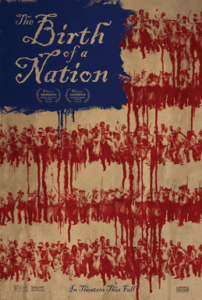 Okay, so the elephant in this blog clearly is Nate Parker’s past. I feel we don’t have time to debate guilt or innocence, but as a lady of pink and green, let me chase the elephant away real quick. What’s your deepest secret, the worst thing you’ve ever done? Pretend you’re running for president. What dirt would you hope your opposition doesn’t have on you? That thing that makes you cringe to even think about. Most us have one. Now let’s say you had a dream, a vision, a passion project. How hard would you push for that vision knowing fully well that that push would result in everyone knowing your secret? We require a lot from our artists, from our leaders, do we require the same from ourselves?

I’m more of a David Walker than a Nat Turner, so please consider my next words to be an appeal. If you didn’t like Birth of a Nation, fine. You don’t have to. If your personal convictions won’t allow you to see the movie because of Nate Parker’s involvement, cool. But what does it profit anyone for you to say so? Do you agree that it’s pretty remarkable that this movie was even made? I thought the closest we would get to a major motion picture about a slave rebellion were the splices in Chris Rock’s “Top 5” And no, Amistad doesn’t count. Cinque and ‘em led a mutiny, not a rebellion, and they weren’t reduced by the psychological and spiritual warfare of slavery, including an exploitative brand of Christianity.

If you want to talk about something let’s talk about that. Let’s talk about how do we reconcile our love for Christ with the religion used to justify the most horrific form of slavery this world has ever seen, and the continuous plunder of the continent that birthed us all, and genocide of a people that welcomed settlers in. Oh yeah, happy Columbus Day. I like Turner, maybe like Parker too, pray to God for signs and move when they appear. For me, Birth of a Nation is that sign. Perhaps it can be the sign for an entire movement.