My Most Regretful Moment in the Classroom 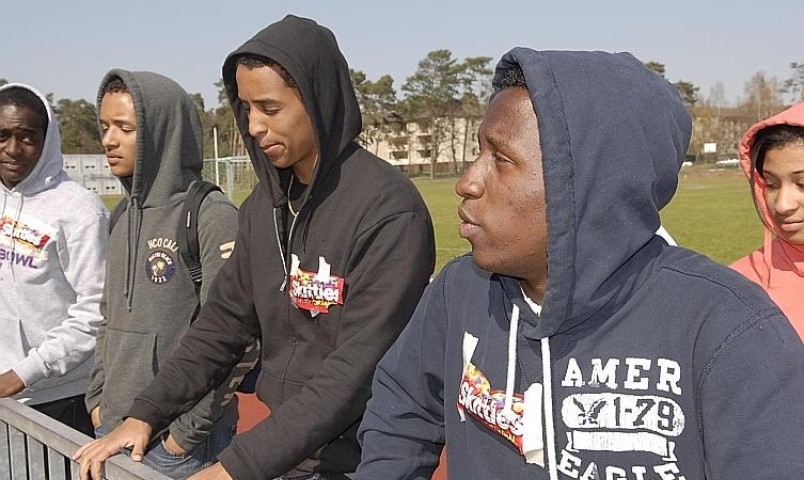 “They had caught me. And them. They smugly went around to the students and tossed the hoodies in the trash.”

Warm-Up Question: Should teachers enforce a rule they disagree with? Comment below the blog with your answer.

My last year in the classroom was interesting. I started the school year knowing and saying that it was my last teaching urban students via the secondary classroom. My time was up and I could feel it. Still, I wanted to give it my all. I taught English and accordingly, I could use whatever literary texts that I wanted. I’m not sure if it’s like that now. I’m not sure if common core has strangled that out. (I need an English teacher to comment below and update me. Please and thank you!) And so I used mostly Black material. And some of the kids were hip to it already. By “it’ I mean they had a sense of self and understood that the world, well at least this country, is trying to strip them of it. Other students took to it and it was really cool to see them start to look at their world through newly opened eyes and sadly a handful would ask me, “Why we always gotta do this Black stuff?”

So we were doing a project that parallels James Baldwin’s “The Fire Next Time” “The Willie Lynch Letter” (I used these texts every year ‘cause that’s how Jason Muhammad did it and I wanted my class to do for my students what his class did for me) and The New Jim Crow. A kick ass English teacher, Kate Gilmore, introduced me to the book.  Wait, does kick ass do her justice? Let me put it this way, Kate teaches her ass off. Do you hear me? She’s creative and woke and structured and tough and loving and passionate. Oh and she’s White. Where was I? Oh yeah, Kate started a book club and one of the selections was The New Jim Crow and that thing had me like, “Whoa!” And I had some really dope conversations with my students about it.

One of the students was hip to the whole premise of the book (that the criminal justice system is intended to strip Blacks of voting, housing, educational, and civil rights) dang, I can’t even think of his name right now, but I can see his face clearly. He was bright and articulate and had a New York 90’s god body vibe. (Think a young Nas.) He was standing up and presenting to the class one day when the hoodie police came through.

Hoodie police? Yeah. Let me explain what that is: The hoodie police were two administrators who rolled a big garbage tote around, banged on classroom doors, came inside, and made the kids take off their hoodies and throw them into the garbage tote. Let me take a second to play devil’s advocate: Administration went extra hard on hoodies because a teacher was assaulted a few years prior and the assailant was unrecognizable on camera because he or she had their hoodie on. The garbage tote they used was clean, it was solely for hoodie raids and I wasn’t supposed to let kids into class with their hoodies on. I did though. It was cold in there and if I sent a kid to put their hoodie in their locker that was class time they would miss and we were discussing life and death. Plus, I thought the hoodie assault story was exaggerated and even if it wasn’t, the rule was enforced with tyrannical zeal.

Normally, we got word that the hoodie police were coming. My class was the last in the hall, cocooned on one side by a flight of stairs, and so the hoodie police had to pass every class before they got to mine. And of course them banging on doors and stripping students made a lot of noise. One of my students would dart their head out into the hall, come back in, close the door, and say “They’re coming.” Then all of the others would take their hoodies off and stash them in desks, in cabinet drawers, where ever. And I would watch this and think, “Damn this is just like the block” and that made me mad and it made me giggle a little too, I won’t lie. And when the hoodie police came in there would be no hoodies to be found, I would just glare at them. How dare you interrupt my class with this bullshit? Of course I didn’t say that to the administrators, but I held my students down. When the hoodie police left, my students retrieved their hoodies and put them back on. We never said a word about it. They respected the position I was in, and I respected their right to not be stripped and humiliated. It was an unspoken understanding. I guess that’s the normalizing Dr. Joy De Gruy was talking about. http://joydegruy.com/

The hoodie police became aware of us though, because one day they stopped at my classroom first and the raid caught us all off guard. Jalen, is that his name? I still don’t remember, but I’m sure it started with a J, was in the front of the class presenting. He was fired up and breaking down the ways the system, including our school, was trying to keep Blacks down. And he had a hoodie on. The hoodie police didn’t even knock this time, they used their key to open the door and marched right in. One of those administrators taught me when I was a student in that very same school, looked me directly in the eye and smiled. They had caught me. And them. They smugly went around to the students and tossed the hoodies in the trash. The message was clear. When they got back to the front of the room to Jalen, I’m pretty sure that’s his name, Jalen wasn’t having it. His nostrils flared, he held his arms rigidly to his sides. “This is exactly what we’ve been talking about. Why y’all got to come in here and strip us of our rights? Where’s the due protection?”

I was extremely proud and I was scared for him and I didn’t know what to say. His classmates started chiming in. “Yeah, why y’all even come into this class?” “Can’t you see we’re all sitting down learning?” “This is the only class we learn in and y’all wanna come in here?” “He was presenting. Y’all disrupting our education.”

But the administrator persisted. He turned to me, “How did he get in here with a hoodie on?” This time I did have a voice. “I’m not going to turn a student away from class over a hoodie.”

Jalen’s eyes grew bigger. He stepped in to protect me. “This ain’t about Miss A. This is about an unfair rule and me standing up for my rights as a man.” Lord, why did he say that? The principal was called in. Then the police officer who’s assigned to the school. Jalen had a choice – give up his hoodie or be arrested. The Black guidance counselor next door to me came over to intervene. “Baby, just give the hoodie up.” Jalen had tears in his eyes. “Miss, can’t you see this is about more than a hoodie?”

Eventually he took his hoodie off and placed it in the garbage tote. I think that was my lowest moment as a teacher. I didn’t step in to protect him. I don’t know if I could have. Jalen never wore a hoodie to class after that and he was never the same in front of me. Maybe he was embarrassed. I certainly was. I had “empowered” him with new knowledge that directly applied to his life, but when shit hit the fan, it was just words.