Are We Teaching Black Disadvantage? 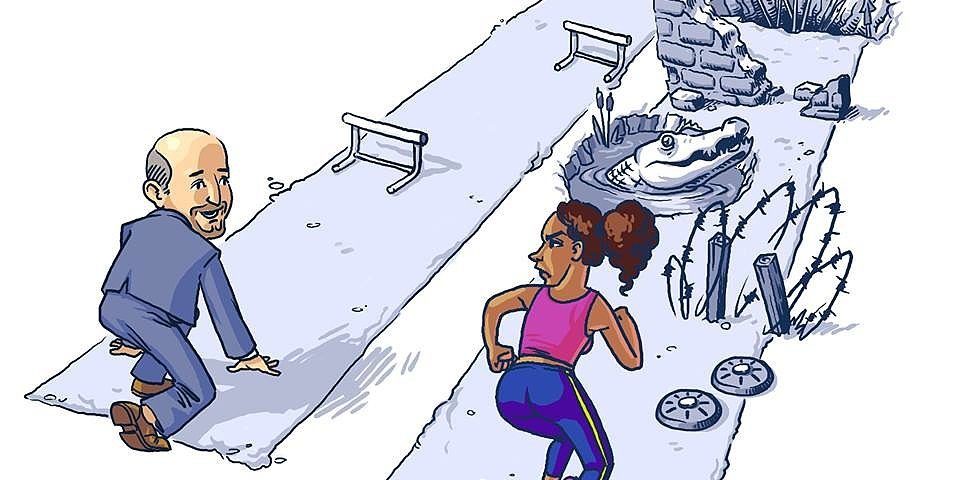 To be Black is to be on point; we can’t afford any mistakes; we have to dull our movements and speech to not be mistaken as aggressive; we have to work ten times as hard, and be twice as smart.

Guiding Question: Should Black students be taught how to navigate a white dominated society? Thank you for commenting below this blog with your answer.

America’s understanding of white privilege is spreading. Race centered media coverage of the Olympics, including hard hitting articles from Huffington Post http://www.huffingtonpost.com/entry/ryan-lochte-gabby-douglas-and-white-male-privilege-in-action_us_57b5e76de4b034dc73262f93) and NPR, (http://www.npr.org/sections/codeswitch/2016/08/19/490629815/roundup-smart-thoughts-on-ryan-lochte-and-white-privilege) help to bring this phenomenon and its spiraling repercussions to light. And as more Black people are calling white privilege out and white liberals become increasingly comfortable acknowledging their privilege (even if most still come shy of denouncing it), it is imperative to discuss how white privilege equals Black disadvantage.

Before we go any further, let’s take a moment to define and describe white privilege—it is the historically and culturally perpetrated image of white moral, intellectual, and social superiority that befits today’s whites with an presumption of innocence and competence. White superiority is why Ryan Lochte’s behavior is viewed as harmless and indicative of a natural maturation cycle and Gabby Douglass’ body language and “attitude” is seen as attention-seeking from a hate spewing spoiled bitch. Got it?

Logically we can deduce that if white people continue to benefit from the marketing of white superiority then Black people continue to be harmed by the implied and direct marketing of Black inferiority. Though we’re often simultaneously criticized and lauded for our artistic and physical superiority; that is little consolation. Hell, we were bred to be physically superior and our artistic depth is a fortunate by-product of centuries of soul wrenching pain. And even in the fields of athletics and entertainment, our every expression is hyperpoliced. The criticism of Cam Newton, Beyonce, Colin Kaepernick, and Gabby Douglass are just a few recent examples.

Some amongst us would argue that Gabby Douglass should have known better. Surely by now she should have developed a heightened self-awareness, a double consciousness that keeps her senses on alert, and so she should have peeped that her teammates had their hands on their hearts, she should have joined them, and raised them one, squeezed out a tear for good measure. Hasn’t her mama given her “the talk”? Didn’t Dominique Dawes school her? We have “the talk” with our youth and amongst our peer groups. This talk extends beyond interaction with law enforcement; there’s a talk for every area of our lives. To be Black is to be on point; we can’t afford any mistakes; we have to dull our movements and speech to not be mistaken as aggressive; we have to work ten times as hard, and be twice as smart. 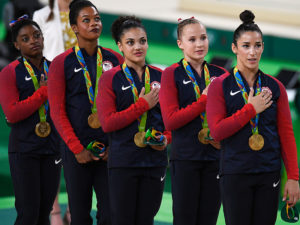 But what is the overlying message of these talks? Are we unwittingly reinforcing Black disadvantage? These talks, as intended, lift the veil of our eyes, and allow us to start to see ourselves through the lens of the dominant culture. And that initial view is not enough. Talks deepen and we’re expected to constantly fine-tune our abilities to see ourselves through their framework. How then can this notion of our own intellectual, moral, and social inferiority not seep in? How are our responses to perceived white superiority reinforcing our own beliefs about Black inferiority?

Please know that I’m not advocating for a moratorium on “the talk”. I’m not one of these deluded idealists who think racism is only in our minds and the discussion of such is the true culprit in its perpetuation. Racism is alive in our criminal justice system; in the food deserts that plague inner-cities, in the red-lining policies that created inner-cities in the first place, in the intentional destabilization of public education, in our political system, and weaved within every American system. Be clear, “the talk” is necessary. We don’t have time to bemoan how things should be; we gotta strategize around how they are.

Still, our approach to “the talk” must evolve. Though racism is threaded throughout the American fabric, we cannot let it contaminate our minds, our psyches, or our spirits. Telling a child that he or she cannot do certain things because they are Black is reinforcing internalization of Black inferiority. We need to tell that child why their Blackness is feared and share strategies to render their blackness limitless.

What is the why? First off, Black people are the truth. One doesn’t take treacherous trips across the globe for centuries to repopulate their “new world” with a people that aren’t of the highest value. And one doesn’t continue to devise sinister and elaborate schemes for our continual detriment if one didn’t fear all that we could accomplish if unobstructed. You build the tallest prison walls for those who can leap the highest. You dig?

So how do we leap? First, we have to add one critical word in our talks—despite. We need to remind our young people and ourselves that despite of all of the efforts to eradicate our contributions to mankind, to break our spirits, to control our expressions, we still rise. We still excel. We still make it look damn easy. And we’re still the coolest creations to ever walk the planet. The battlefield is in the mind and we need to deliberately fill our minds with our own greatness. As the world seems intent on reminding us of our powerlessness, our inherent disadvantage, this is the time to pull out the nigga.

Stay with me now. By nigga, I mean unabashed audaciousness, irrational confidence, nonsensical self-assurance, the knowledge of our godliness that the world continuously tries to snuff out, the “can’t stop, won’t stop” “make a way outta no way” that still has us here generations after our expiration date. It’s the embodiment of their greatest fear and our greatest power. I’m talking Denzel Washington’s tirade in Training Day, “I’m winning any motherfuckin’ way. I can’t lose.” It’s Floyd Mayweather, Jr. cocky. It’s rereading Queen Maya, “You may write me down in history with your bitter, twisted lies. You may trod me in the very dirt, but still, like dust, I’ll rise.” It’s watching President Obama brush his shoulders off. It’s our beautiful first lady saying, “When they go low, we go high.” It’s Jay-Z on repeat, “The pressure’s on but guess who ain’t gon’ crack?/Haha, pardon me, I had to laugh at that.” It’s Beyonce twirling on her haters. It’s rewatching Simon Biles flip heads above everybody. It’s remembering that despite the fact that we have to bite our tongues; make sure we have three forms of identification at all times; be more prepared than everybody else; and dilute elements of our personhood, . We are fluent in two languages, two existences, two cultures, and two paradigms. We code switch if we wanna and if we mess around and bless them with the honor of glimpsing our full selves, they can’t get enough. Despite.