The Color of Trauma 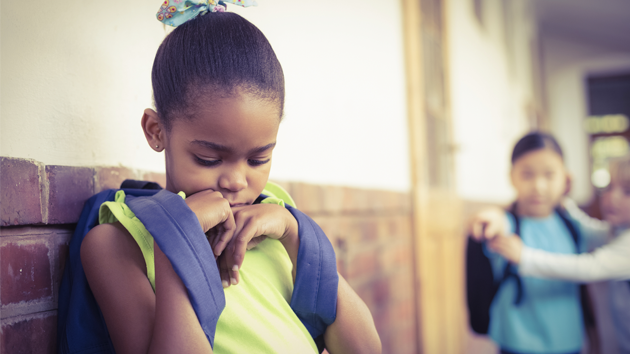 Be clear, trauma is not merely a buzz word for liberals to throw around to excuse accountability nor a thinly veiled slur for conservatives to justify punitive restrictive measures. Schools districts have to take the politics out of this. Trauma is real.

Guiding Question: How does race impact trauma? How can race impact healing? In what light must we consider trauma when teaching urban students? Thanks for commenting below this blog with your answer.

I attended the White House’s “Trauma-Informed Approaches in School: Supporting Girls of Color and Rethinking Discipline” conference and wrote a short piece for the newspaper that highlights my major takeaways http://www.democratandchronicle.com/story/opinion/guest-column/2016/10/01/trauma-affects-schoolgirls-color/91402436/ The following blog is a more detailed, more candid account that also includes my impressions of D.C. Please enjoy!

D.C. felt really good. The flight there was the bumpiest I’ve ever had, so I was especially grateful to be on land. Ruth Turner, the district’s Executive Director of Socioemotional Supports, was definitely feeling that too. We were laughing and too hyped to make it outside and to our Uber. Ride sharing apps are banned in Rochester, so for us Uber is a traveling luxury.

Ruth and the driver greeted each other in Tigreya, an east African dialect. A fellow passenger shared stories about the wedding he had just attended in Zurich. We all fell in and out of conversation easily, highway and suburbs gave way to buzz of the city, and we were soon at our hotel.

We dropped off our bags, freshened up a bit, and headed back out. Bus boys & Poets was everything! The bookstore, the art, the ambiance, the food—the vibe. My Blackness affirmed, new creativity leapt in my stomach. Outside, the sun had set to an amber glow. We strolled along to our hotel, soaking up the now gentrified chocolate city. Back in the room we showered and changed into pajamas. I rocked a bonnet, Ruth had the do0bie wrap; we both banged away at our laptops, fielded calls, and attended to business back home. Two Rochester City School District students had died so Ruth was arranging dispatch of the grief and crisis team. I was elbow deep in project methodology documents that chronicle over two years of work on the RCSD’s newly instated code of conduct. Sleep came slow.

In the morning, our first business was getting to the White House. We listened to the Word, dressed quickly, grabbed a snack from the buffet, hopped an Uber to the most famous address in the world. The crowd was well-dressed and friendly, lots of smiles, clusters of small chat. I was smiling and chatting too as we all waded through the rounds of security.

I was a little giddy when we finally made it inside. I ate breakfast quickly and took pics. Selfies with Ruth, Snapchats of my name card complete with the White House insignia, quick snippets of the architecture. And though I knew the Obamas were campaigning for Hillary in New York, I kept imagining that Michelle would walk in at any moment.

Then the conference opened. Thankfully, Kalisha Dessources, a young Black educator from Philly whose passion and know how got her the gig of Policy Advisor to the White House Council on Women and Girls, began with a panel of girls of color. Five young ladies ranging from age 12 to 21 bared their own trauma—sexual abuse, death, deportation—to over 200 attendees. They detailed ways in which their schools provided spaces for healing or further traumatization. 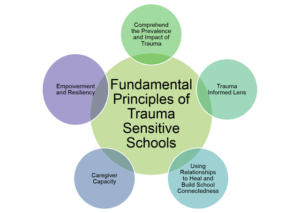 Let’s take a second to discuss the phrase “of color”. Simply put, it means everyone who is not European. Palestinian, Korean, Mexican, Hawaiian, African-American all constitute “of color”. While there are cultural similarities among these ethnicities and power in acting collectively; particularly as it relates to navigating Eurocentric systems, there’s also power in focusing on Black issues separately. When it comes to school pushout including suspension, Black girls (I say Black instead of African-American because I’m a Pan Africanist and “African-American” is a little too sanitized for my taste) are suspended at exceedingly higher rates than all other girls of color and most boys of color, surpassed only by Black boys.

The words of Cierrah Washington, gave insight to why. “I always got in trouble because of my mouth.” A loud voice, a sharp tongue, is a double-edged sword for Black girls. It can serve as a defense against their physical vulnerability, but it is also the main cause of their pushout. Black girls are mostly suspended for subjective infractions such as “disrespect” and “insubordination”. As a former classroom teacher, I can admit that girls with “attitude” were my biggest challenge. On rare occasions my own trauma was triggered and I launched into defense mode. If the offending girl didn’t back down, I kicked her out of class. Depending on how far her attitude went with the administrator, she might end up suspended. All of this for what? Because I wasn’t practicing the self-care needed to serve student needs above my own. How many of my comrades struggle with this too? How can we love ourselves more so that we can love our students better?

To do this, we must go beyond the research. Most educators are well aware of the neurological impacts of trauma, especially amongst youth whose brains are still developing. So I won’t spend too much time enumerating the biological responses to trauma, the ways in which cortisol, or the stress hormone, impacts the entire body. Though I must say that it’s fascinating, the various fail safes that our body has to protect us. And as a woman of color, I loved hearing Dr. Nadine Burke Harris, Dr. Angela Diaz, Dr. Karina Walters, and Dr. Monique Morris eloquently use the scientific research to detail the biological responses to trauma. I saw myself in them; all that I could possibly achieve. Yes, that was a not so subtle plug for the necessity of Black educators and safe spaces like Black Teacher Chronicles which serves those educators who serve as authentic mentors, which in itself is a trauma informed response. 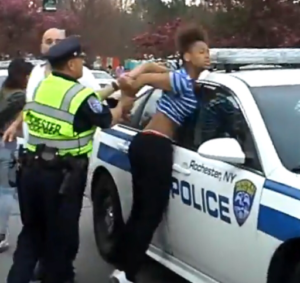 Black Teachers Chronicles is my personal mission because our trauma transcends the personal. There’s also the historical trauma of genocide and ethnocide. There’s the contemporary trauma of the same, including what’s embedded in school system; handcuffing being used as an accepted method to calm girls of color down, students being slammed to the ground and pepper sprayed, student arrests, and all of the various ways that Blackness is policed at school.

Be clear, trauma is not merely a buzz word for liberals to throw around to excuse accountability nor a thinly veiled slur for conservatives to justify punitive restrictive measures. Schools districts have to take the politics out of this. Trauma is real. So is racism and implicit bias. Addressing trauma is a critical task in urban education environments. Any school system that is not proactively addressing these issues with their staff and all stakeholders is intentionally failing students.

It all begins and ends with love. Self-love is rooted in faith systems that connect us to something far greater than ourselves. This love is demonstrated in prayer, in sleep, in nutrition, exercise, meditation, and lastly in the relationships we have with others. If we are loving ourselves properly educators can admit our faults, including our biases, and work to rid ourselves of them. When we are cloaked in love, fear has no place, which allows for true community. And when there is communal love, trauma gives way to healing.